Make today amazing July 04, 2019
There's a fine line between serious scientific inquiry and the pointless ramblings of madmen. We are obviously most interested in the latter. No serious person would ask the following questions, but dammit, they're gonna get serious answers anyway.


6. How Many Farts Does It Take To Kill Someone?
Technically, "toxic" isn't a joke term when it comes to certain flatulent acts. Our rectal expulsions contain a number of asphyxiants (gasses that can cause death by suffocation). The most common asphyxiant found in farts, nitrogen, is the trendy new method for executing prisoners, and very non-breathable methane is also a high-percentage gas that tends to hang around after dinner. To weaponize farts, you'd simply have to keep those gases from dispersing. 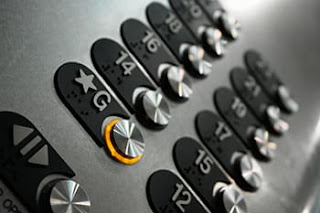 So here's how you kill someone with farts, because our 14 years of publication have been building up to this. You will need a room full of dozens, if not hundreds, of farters with vacuum-sealed butts, and you will need tubes from those isolated anuses leading to a breathing mask on the victim's face. Once the victim of this strange and terrible revenge (Gary, you know what you did) starts breathing in pure farts without contamination from the surrounding air, the nitrogen would begin eliminating the oxygen stored in their lungs, and they would suffocate. And it would take about 605 farts to do them in, although that requires a few, ahem, assumptions about both their lung capacity and the average volume of fart.

Death by fart wouldn't be as bad as it sounds, relatively speaking. The feeling of panic that accompanies suffocation comes from carbon dioxide build-up, not oxygen deprivation, so you'll go to sleep painlessly before passing, albeit while smelling that Great Arby's Bathroom in the Sky. Anyway, please promise us that you'll keep this sacred knowledge theoretical and resist building the world's most elaborate yet childish death trap. At least until we use ours -- we want it to be unique.

5. Why Don't Pregnant People Tip Over?
Researchers who possibly needed to justify all of the fetish terms in their search histories were certainly intrigued by the question of how pregnant women stay upright. They deal with their center of balance shifting forward by leaning back, but that puts still more pressure on their muscles and an already stressed-out spinal column. And the spine, according to extensive research from Cracked's medical department, is important. 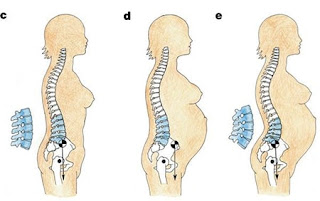 So what researchers found, presumably by attempting to tip pregnant women over like cows, is that their spines curve across an extra vertebrae over the lower back compared to men, and they have larger connecting points as well. This reduces strain and prevents the considerable pain that would otherwise be expected. Our chimpanzee cousins don't sport this feature, implying that this development came about in response to our ascent to upright walking. This team behind all this won an Ig Nobel Prize for Physics, which feels a little backhanded for a major advancement in the field of "Holy crap, how are we even alive?"

4. How Long Can You Survive By Eating Yourself?

Let's say you've made the mistake of going outside, and have since become trapped in a canyon or under a tree or whatever else we've heard is out there. You wait for help, but none comes, because outdoors is the last place people would think to search for you. After a few days, you're so hungry that your own leg turns into a steaming cartoon ham hock when you look at it. Because there's no one around to rescue you, there's also no one around to judge you. So ... how long could you survive by eating yourself?

The approximate answer, provided by someone who should probably be on a government watch list, is 39 days, assuming that the person in question is initially in average health. You can study the maniacal math for yourself, but in short, the human body packs roughly 213 calories into every 100 grams (87.5% of a McDonald's Quarter Pounder). And because roughly 40% of our body weight is contained in our limbs, you can hit your daily caloric requirement for over a month before you run into the problem of having to nibble near your internal organs.

Granted, Dr. Lecter's thought experiment requires a number of absurd assumptions, including that you would be both able and willing to gnaw every limb off, and that the process wouldn't produce a nasty viral infection. But this little inquiry was clearly a cover story for the real question of how long you could keep your greatest enemy alive while feasting off of them every day, before ultimately farting them to death


3. Why Don't Any Animals Have Wheels?

The worlds of fiction and myth are full of wheeled creatures, so why not the real world? After all, the wheel is an efficient design, and it seems like there would be obvious advantages to quickly moving around while consuming little energy.

The key is to remember that evolution is a process, not something that happens overnight. A giraffe with just a little bit longer neck than the others will be able to reach slightly higher trees, which will ultimately lead to the species' neck length getting longer and longer over generations

In the meantime, those other giraffes can still eat, just not quite as well. But a wheel either works or it doesn't. A somewhat circular semi-wheelish thing would only be a hindrance, and evolution can't produce a trait that's perfect from the get-go. We think of the wheel as a simple invention, but it took until the Bronze Age and the development of expert carpentry techniques to really nail the design, and most of those idiot animals out there haven't even reached the Tool Age yet.

Also, a wheel needs to be detached from the axis it rotates around, which means that it can't be part of the animal's main body. Otherwise all of its veins would become hopelessly tangled up after the first rotation, which would be both ruinous and disgusting. Taking in nutrients and expelling waste to and from that section would therefore be essentially impossible. Thus the wheel can't be biological, although we're holding out hope that monkeys will figure out how to roll around on curled-up armadillos or something.

2. Do Fish Drink Water?
Let us answer the question we put in your mouth by asking you a question: Do you mean a freshwater fish or a saltwater fish?
"Huh? I don't know," you respond, having been reduced to a fool for the sake of this hypothetical exchange. But you'd better get your carp sorted out, because the answer depends entirely on what kind of fish we're talking about. "Why?" you ask, only embarrassing yourself further. Because of that thing called osmosis -- one of the many concepts we learned about in middle school and have since long forgotten. 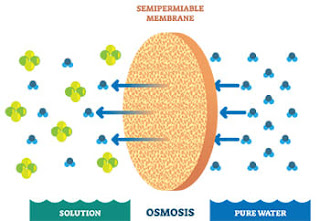 Molecules in a solvent flow from areas of low salt concentration to areas of high salt concentration. A freshwater fish's insides has a higher salt content than the exterior water, so their bodies are constantly absorbing water through osmosis via their permeable gills. Drinking water would be counterproductive for them, so they don't.

Water that enters their mouths while they're doing fish stuff is expelled right back out. All those scenic bodies of fresh water are full of fish piss.

For saltwater fish, the exact opposite happens. They have a lower salt percentage than the water they're in, so their bodies are constantly losing water. That makes it necessary for them to ingest water the same way that we do to prevent dehydration. Unlike us, the fish can effectively filter out the water's salt. Although on Friday nights we eat fish and then go play video games, so humanity still wins existence on the whole.


1. How Long Does It Take To Crap Out A Swallowed Lego Piece?

A team of passionate child care researchers conducted this crucial experiment on themselves, and the answer they arrived at was 1.71 days. Once they swallowed their pieces (the head of a Lego figurine, specifically) they were given a three-day stool log to maintain, and were tasked with inspecting their feces every time they defecated. And to think that people enter the field with dreams of winning Nobel Prizes. 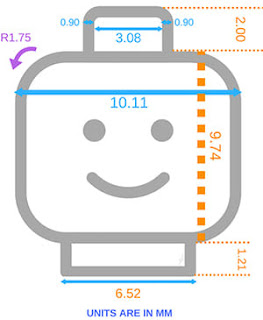 Their bowel movements were measured with what they called a Stool Hardness and Transit score, while the time it took to retrieve the Lego piece was dubbed the Found and Retrieved Time scale, and if you see what they did there, you'll understand why we as comedy writers are very bitter right now. There was no correlation between the two measurements, meaning that a Lego head or similarly sized object won't have any apparent impact on your bowels, and thus a parent whose child ate their birthday present doesn't need to panic and rush to the hospital.
The researchers did caution, however, that the tiny bodies of children work differently than those of adults, and this fact along with their tiny sample size of six rendered the study "really just a bit of fun before the holidays." Your children should still be perfectly fine, unless they somehow choke down one of those monster 2x8 bricks. But all of this raises a far greater question: Why do some scientists think it's fun to pick through their own filth?

Copyright © Vio - Bring smiles for you every day